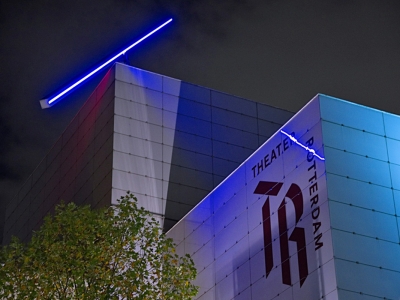 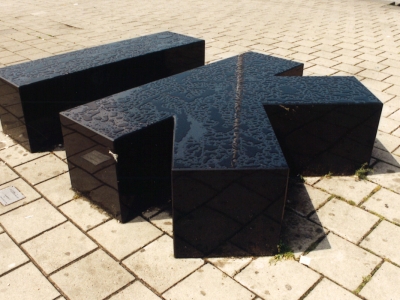 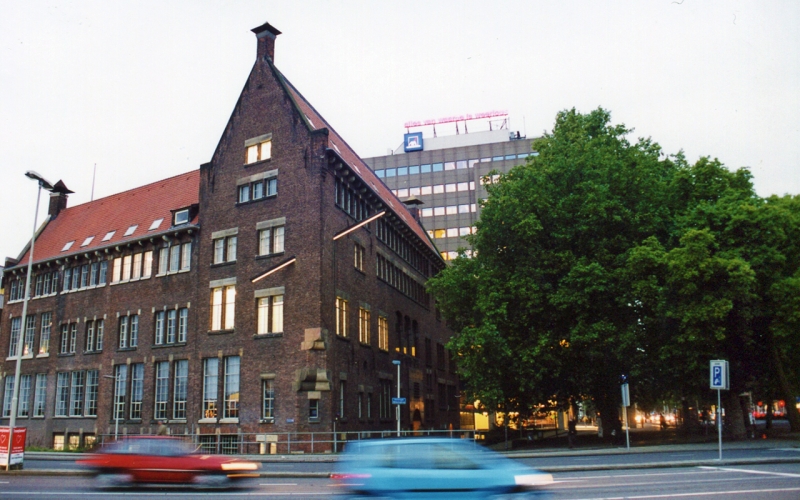 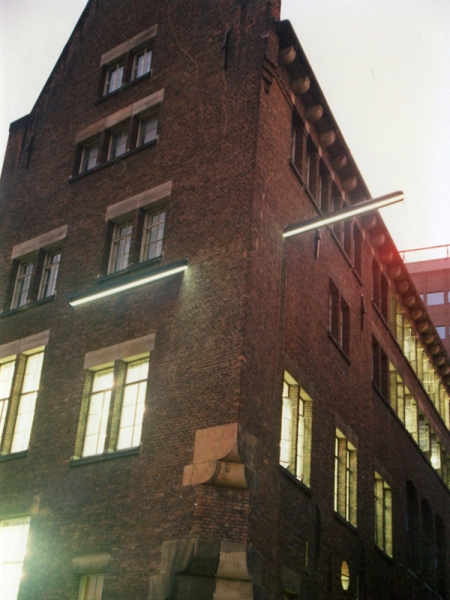 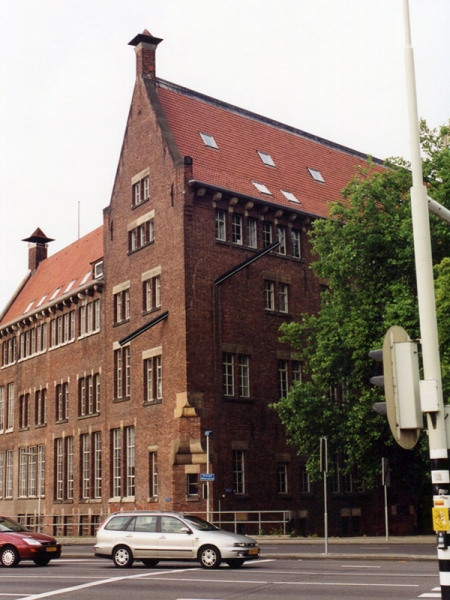 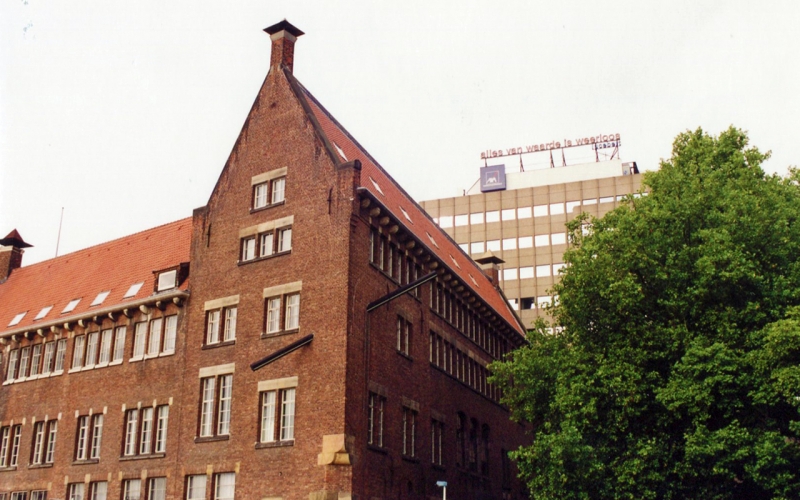 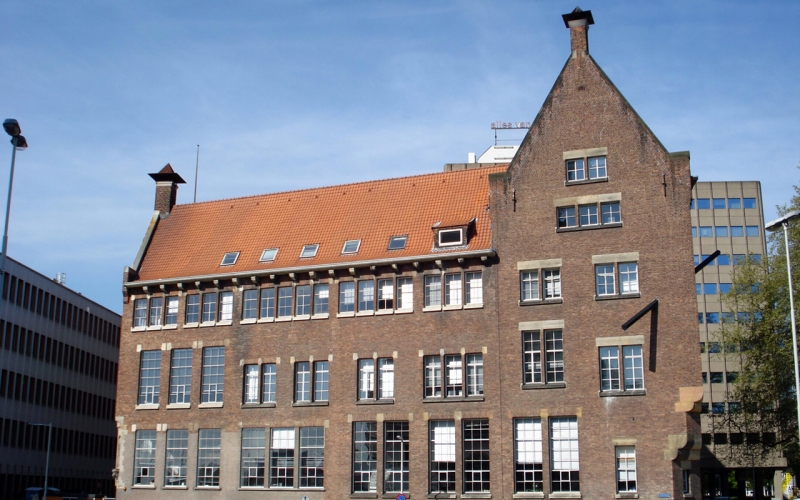 On the corner of the Willem de Kooning Academy at 10 Blaak, a colored neon light has been sticking through the facade since 1985. Artist Jan van Munster attended this art academy and, as a former student, was commissioned by the percentage scheme to create a work of art in the context of the conversion into an Academy of Visual Arts (now Willem de Kooning Academy). Van Munster has a rich oeuvre, in which his light sculptures are particularly characteristic. He tries to get to the essence by means of recurring themes (such as geometry). This neon light line, which seems to cut through the facade, creates a nice contrast with the existing architecture: a former bank building designed by architect Kropholler, which, although damaged, survived the bombardment in 1940.