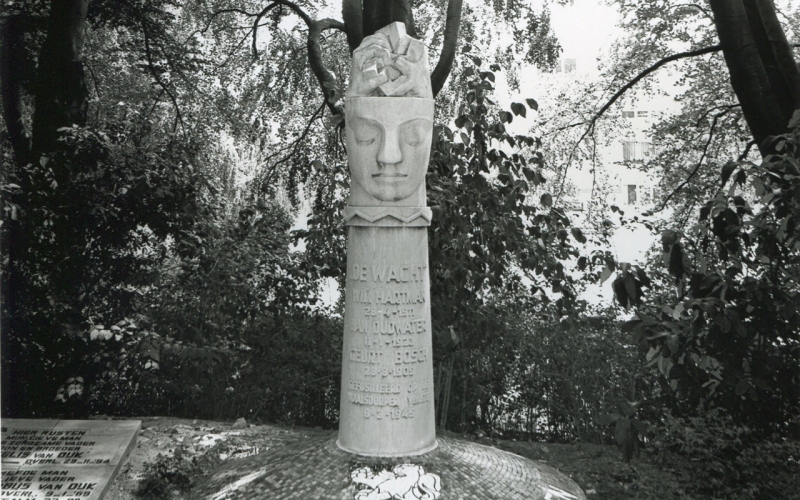 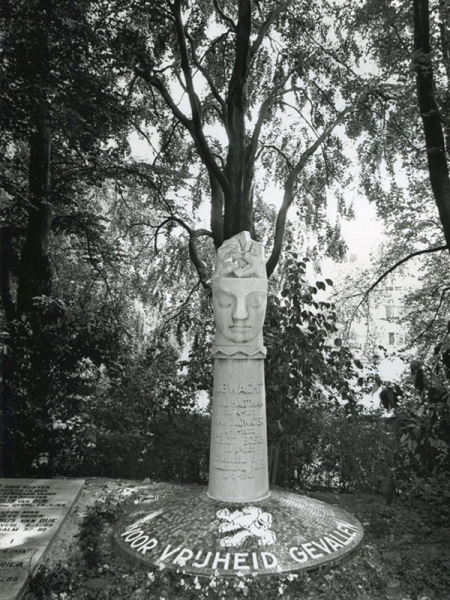 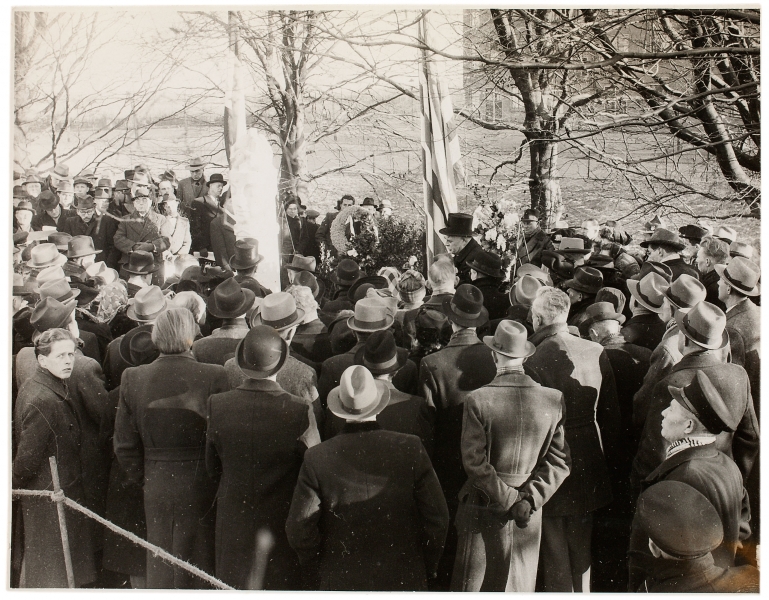 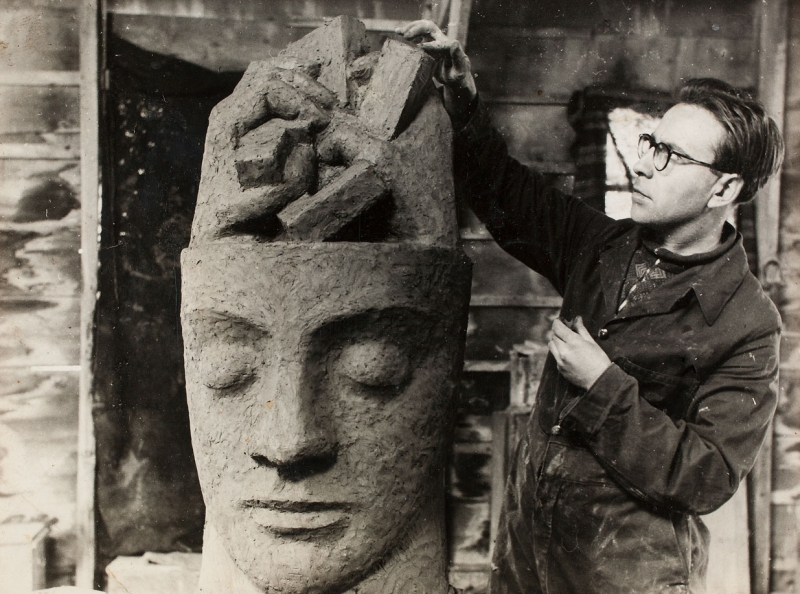 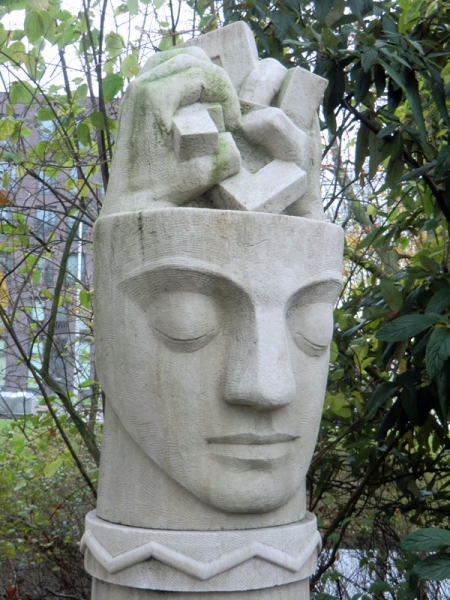 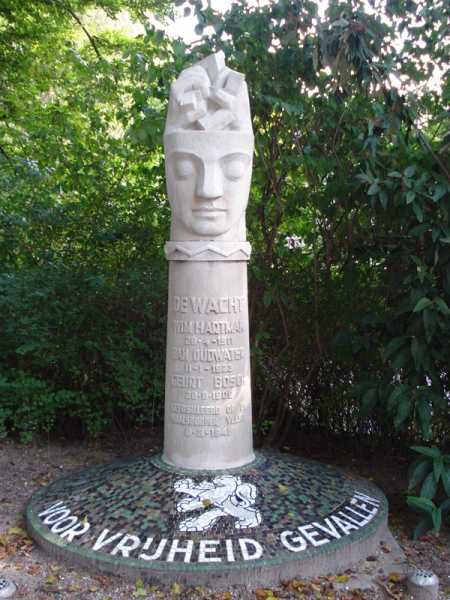 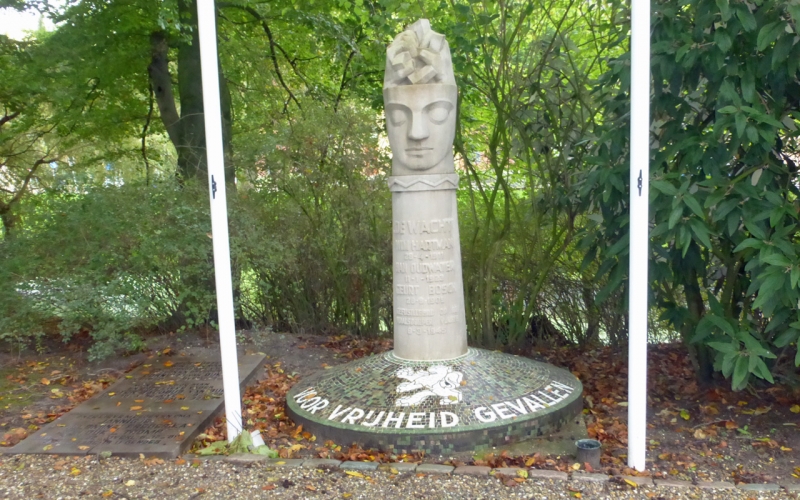 One of the first independent commissions that artist Louis van Roode received was to create a monument in memory of three young editors of the illegal magazine 'De Wacht', who were executed by German soldiers on March 8, 1945 on the Waaldorp setting. The names and dates of birth of Wim Hartman, Han Oudwater and Geurt Bosch are on the hard stone column. The top part of the column shows a mask, which expresses the spirit of resistance and resignation to death. Two hands rise from the column, crushing a swastika. The column stands on a mosaic floor with an image of the Dutch Lion and below the words: 'Fallen for freedom'. Monument The Guard was on 5 January 1947 the first memorial that was unveiled for fallen Rotterdam resistance fighters by Mayor Oud at the Crooswijk General Cemetery. The monument was marked with a speech from mr. FJ Kranenburg on behalf of the former magazine 'De Wacht' to the municipality.