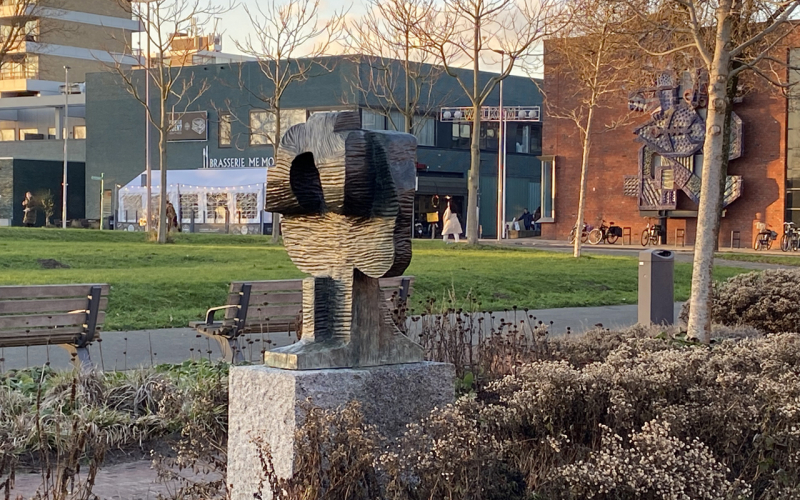 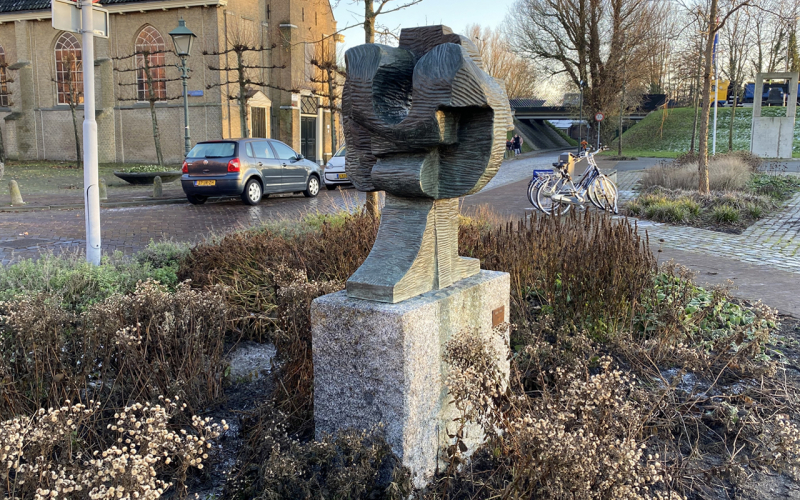 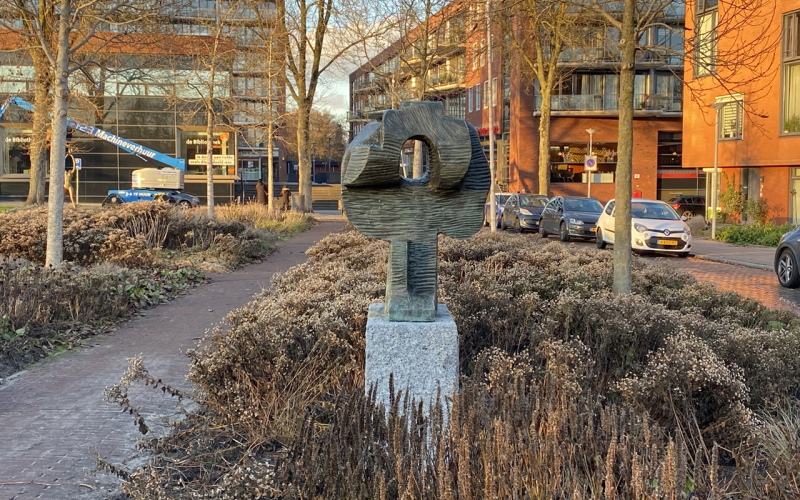 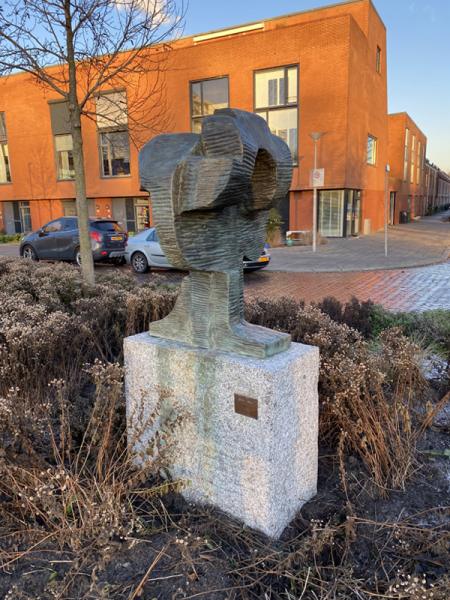 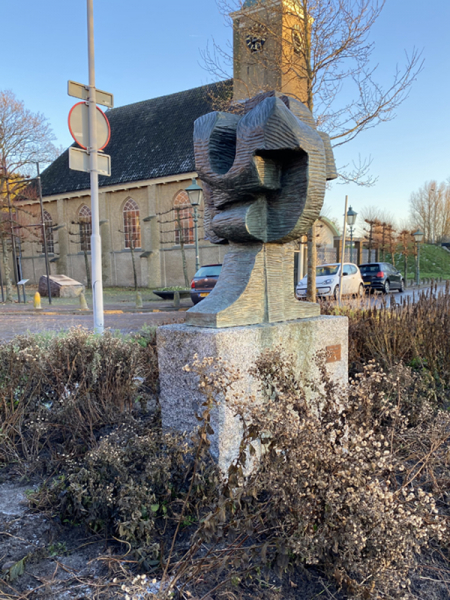 The artwork Gora Viva was placed in the park at the entrance of care center Breede Vliet. On the pedestal is a sign stating that the work was made by the Spanish Jose Esteban Prieto, but little information is known about this work. Due to the demolition of the care center, the statue has been stored in a depot since 2019. BKOR was looking for a new location for this artwork and it was found in the city park near the Dorpskerk. Here the statue makes a nice and interesting addition to the two other statues present there viz Mother and child (1965) by Ek van Zanten and The primordial world of the animal compared to the synthetic world (1960) by Dick Elffers. In December 2022 Gora Viva relocated.

No information was found about Jose Esteban Prieto (Spain).