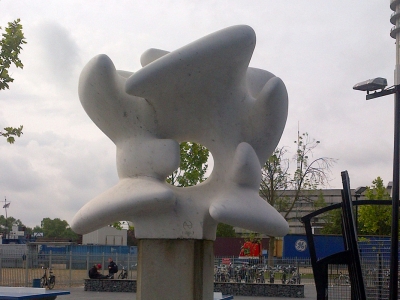 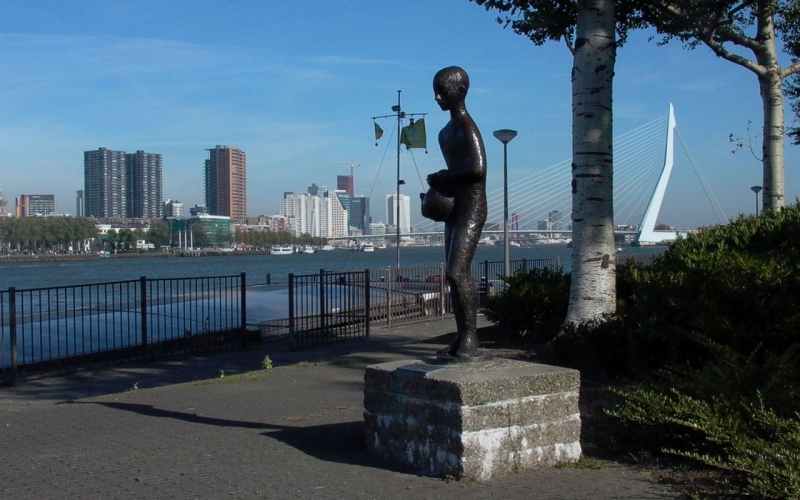 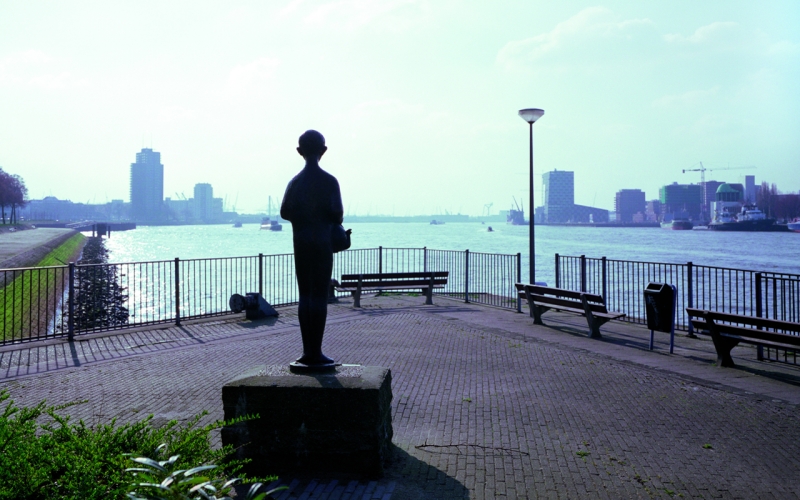 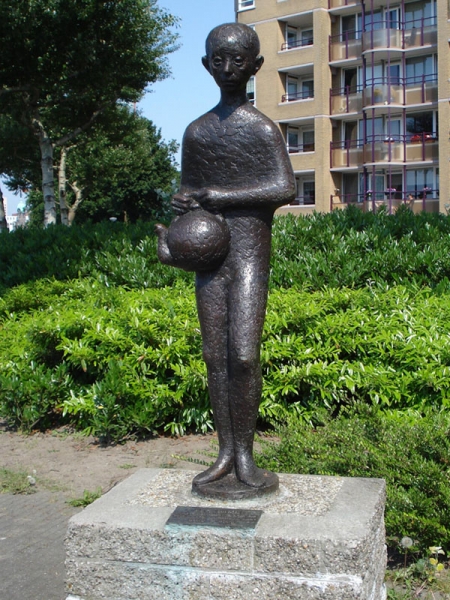 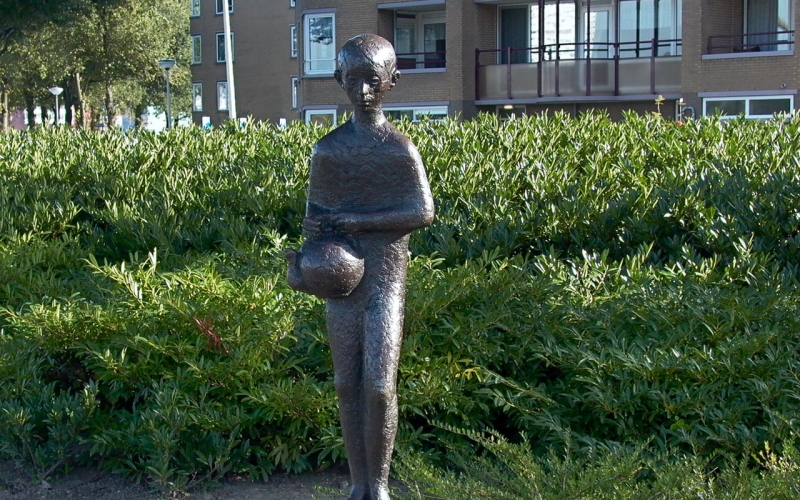 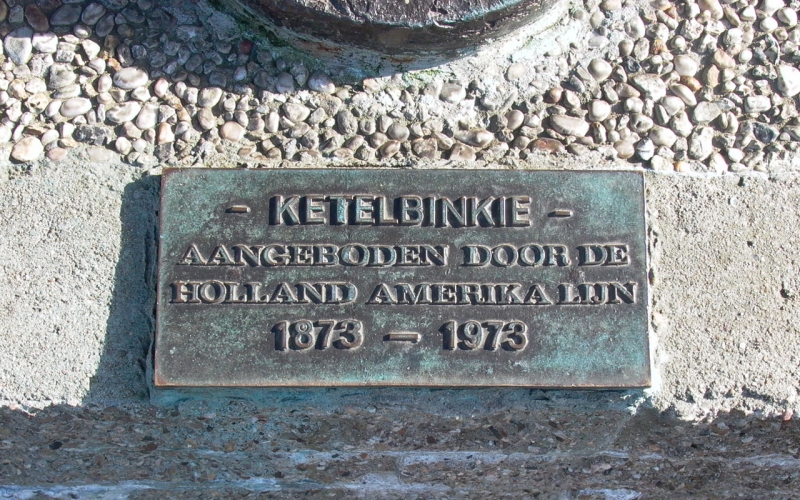 Cauldron Twinkle is a bronze statue based on the song 'Ketelbinkie' about “that street boy from Rotterdam“. Mies Bouwman unveiled the statue, which was placed on the Koninginnehoofd at the head office at the initiative of the Dutch Heart Foundation in 1973 to mark the 100th anniversary of the Holland-America Line (HAL). After the departure of the HAL from Rotterdam, the statue moved in 1980 to Willemsplein near the Spido. Angry Katendrechters hijacked the statue and brought it back to Katendrecht, where they believed it belonged. In 1998 Huib Noorlander made a second copy, which is in the Maritime Museum. This image is smaller and the posture is mirrored compared to the first Cauldron Twinkle. Since 1982, the Ketelbinkie Foundation has been awarding a prize every year to people, groups or institutions that show commitment to the city of Rotterdam in the maritime field. The award ceremony will take place during a performance by the Rotterdam Philharmonic Orchestra. Ketelbinkie is then on the stage of the Doelen, where the concert is being given.