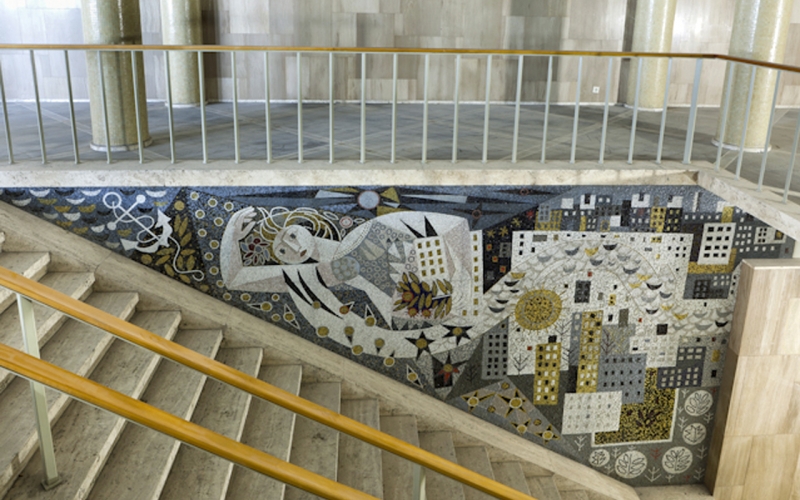 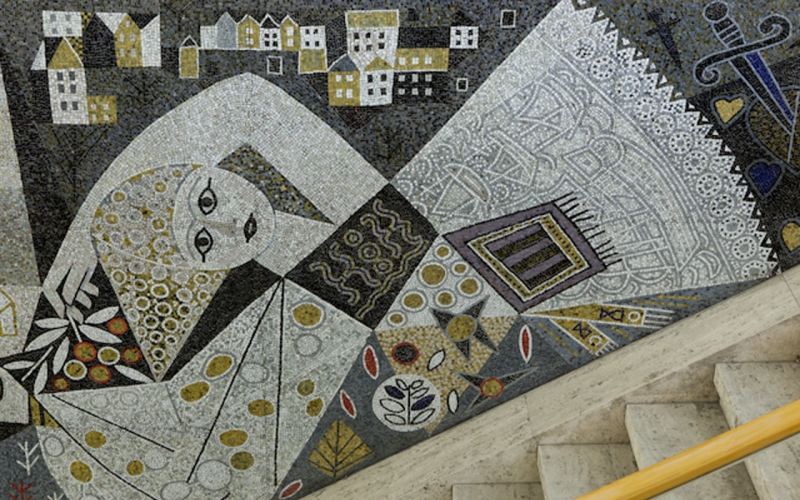 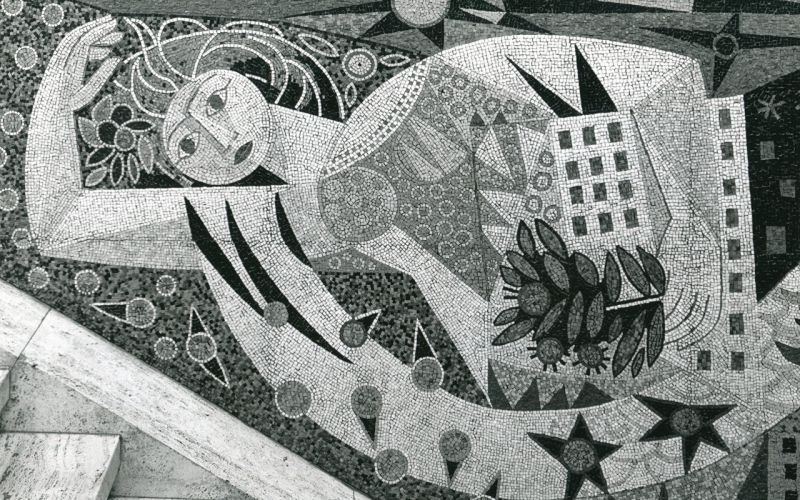 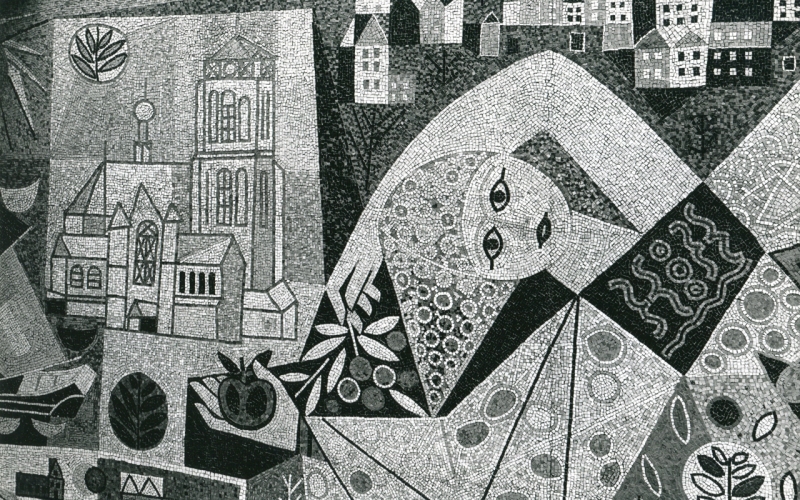 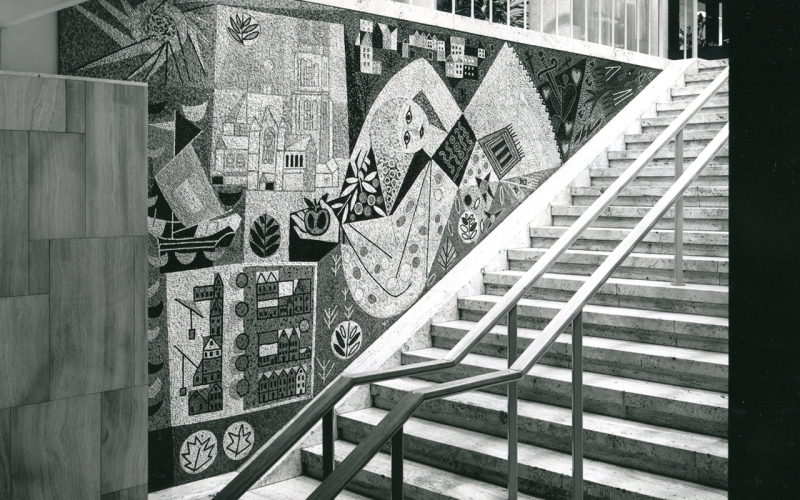 Louis van Roode designed two colorful mosaics for the hall of the Nederlandsche Bank on Boompjes in 1955. To the left and right of the hall staircase, Van Roode presented representations of the past, present and future of Rotterdam respectively. On the left we see a female figure leaning downwards in front of a panorama of the city with the harbor, various houses and the Laurenskerk. In the right corner we see a heart pierced with a knife. The woman is depicted as a beautiful resurrected phoenix. On the right side of the stairs, a second female figure, also reclining, is just going up. She has draped the Maas around her body and she floats up through a modern city, literally on to the future. The numerous flowers and leaves scattered over the scene express the idea of ​​fertility and flowering. The mosaics are executed in gray, blue, white, gold and black. The work is a handcrafted masterpiece with a special visual story, but the theme also refers to his own philosophy of life, in which everything is connected with everything. The work has moved far from the old cliché images that characterize earlier sofa decorations. On the roof of this building, Van Roode, together with Willem Verbon, designed a beautiful one facade crown. The building is a branch of the Nederlandsche Bank and in 1991 it was given the status of a municipal monument. The design is by architect Henri Zwiers.