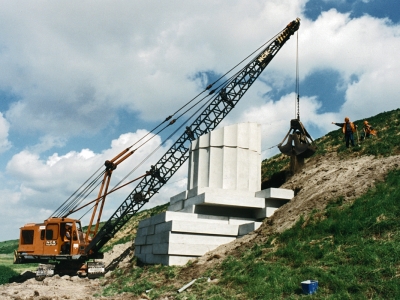 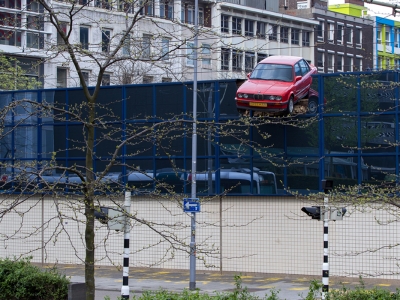 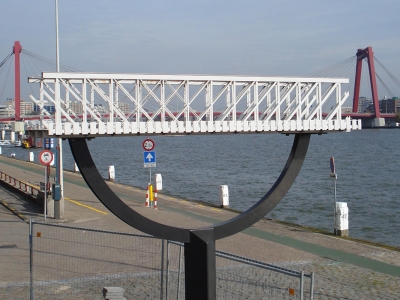 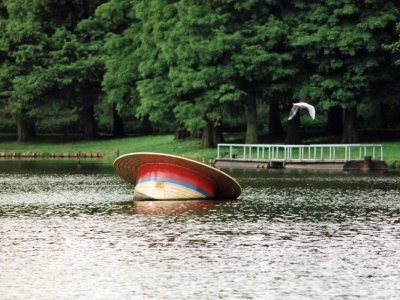 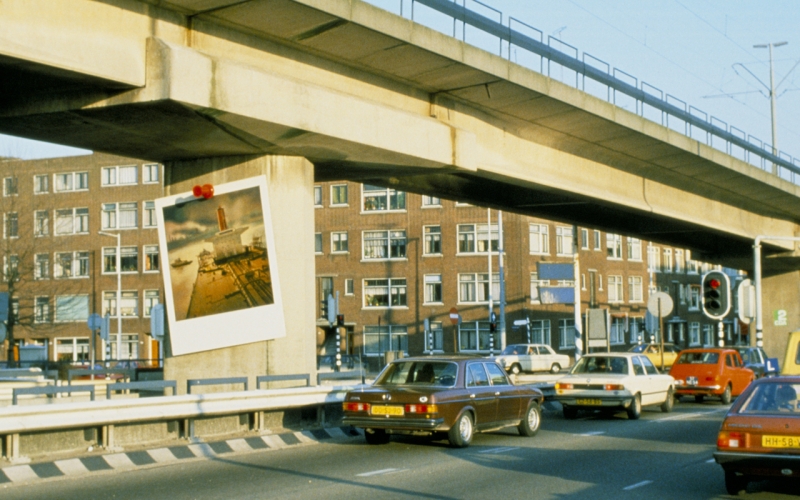 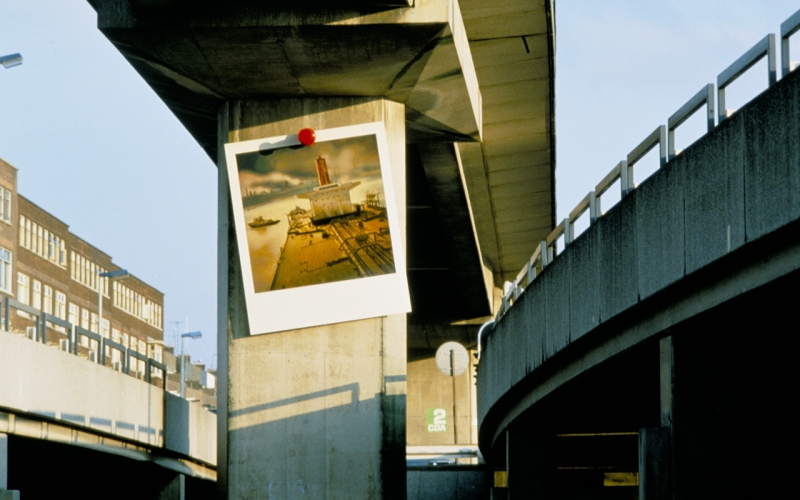 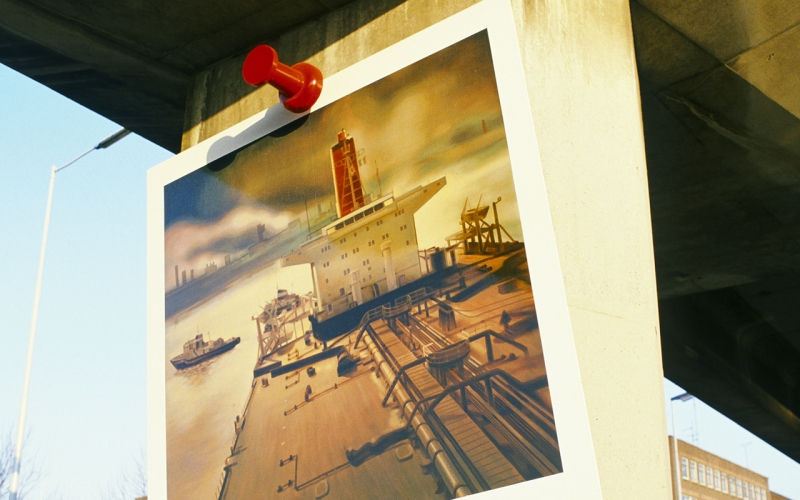 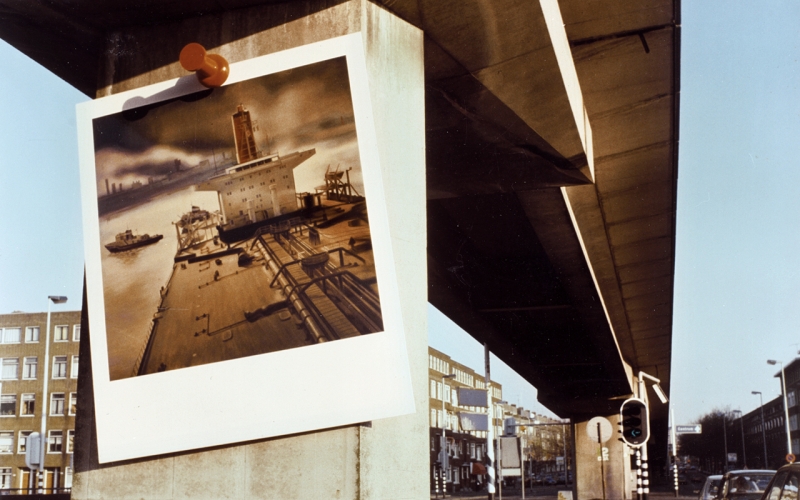 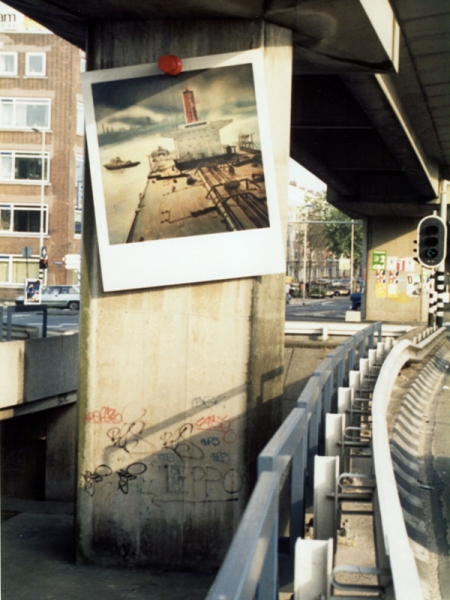 If you take the S20 exit from the A112 to Rotterdam Center, you will pass this gigantic enlargement Polaroid, which is stuck with a large red thumbtack in the pillar under the tram track. The somewhat empty and gray space under the viaduct will get a certain playfulness with this object, which is not hung for nothing. Place and object mutually reinforce each other. The Polaroid is 3 meters high and made by artists' collective Kunst & Vaarwerk. In 1979, with narrative and appealing art, they introduced a new kind of Pop Art, which suited the port city of Rotterdam and which gave humor and lightness to the, for many, rather businesslike gray city. They had the idea of ​​marking various access roads to the city, of which this work from 1981 is an example. The harbor was an important theme for the three artists. At the request of the Port of Rotterdam Authority, the image on the Polaroid changed once. Instead of a ship's deck, we now see part of container storage and transshipment.