New artwork on the sculpture terrace in Rotterdam 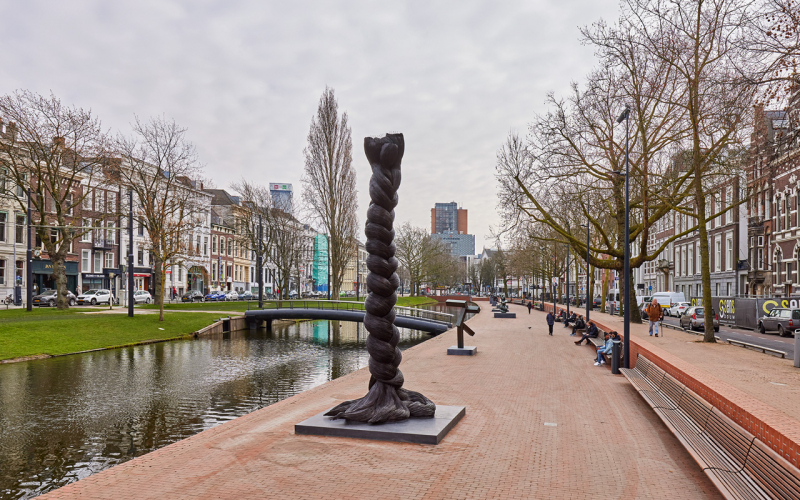 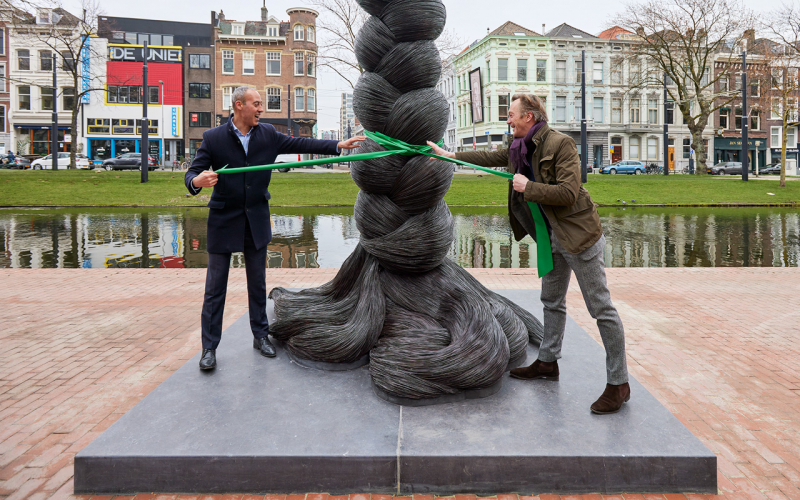 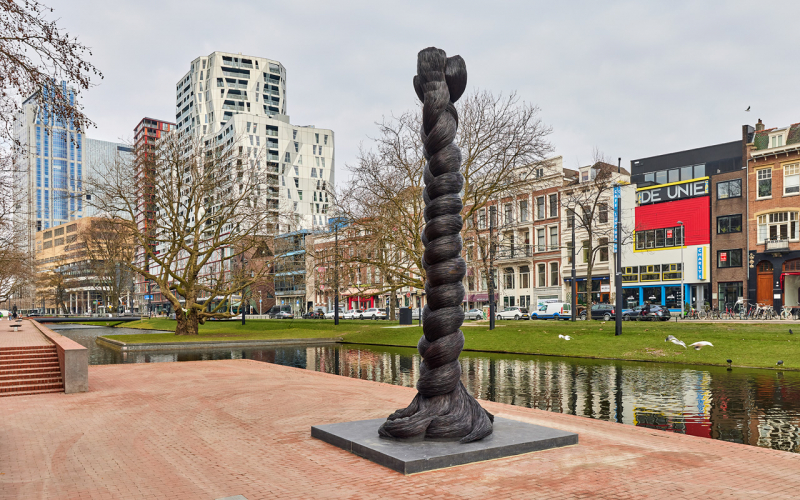 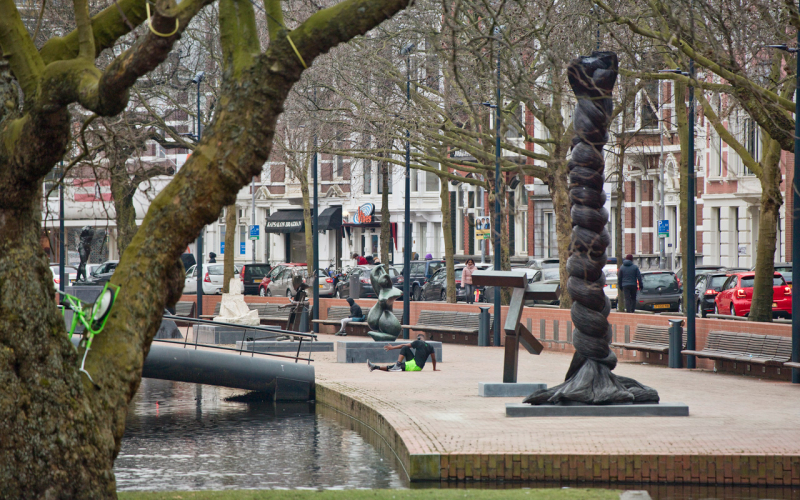 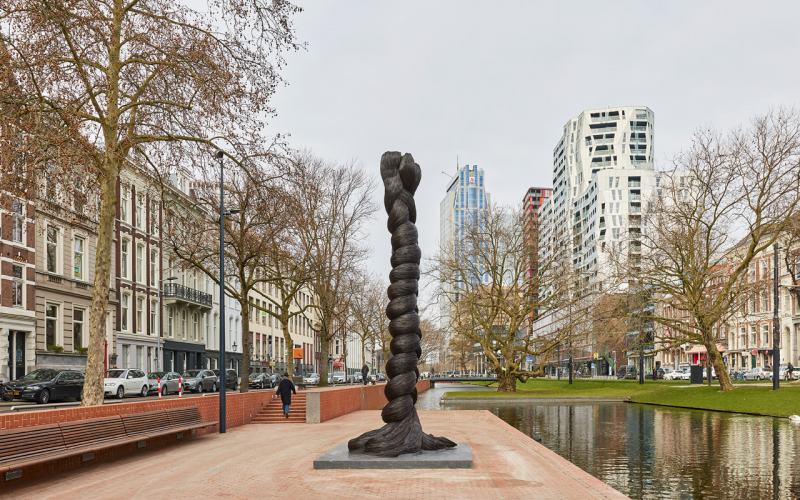 With a height of no less than six and a half meters, a new work of art will be unveiled in the city on International Women's Day (8 March). The braid is the title of this slender steel sculpture by the London-based visual artist Kalliopi Lemos (1951), who was originally from Greece. The braid is an upright clipped braid of dark brown hair of monumental size. Lemos is known for its large-scale public installations of everyday objects, sometimes colossal in size. The braid raises questions about the role of femininity in modern society and rebels against (patriarchal) coercion.

Dat The braid the first work by a female artist is on the sculpture terrace, add extra force to this message. On Monday, March 8, 2021, this artwork will be unveiled at the Westersingel in Rotterdam. The braid ties in with the theme of the human figure, the sculpture terrace of which shows examples ranging from modern classical bronze by Auguste Rodin (l'Homme qui marche, 1907) and Henri Laurens (La grande musicienne, 1938) to more abstract works by Fritz Wotruba (Reclining figure, 1969) or Joel Shapiro (Untitled, 1999). The sculpture terrace opened twenty years ago, in 2001 as part of Rotterdam's Cultural Capital. The braid has since been the first addition.

The unveiling on Monday 8 March by Alderman for Culture Said Kasmi takes place, not entirely without coincidence, on International Women's Day. This year's theme is'Influence with impact', an issue true The braid a current answer to it. Lemos's cut hair braid alludes to a gesture of disobedience, maturity and protest. It also refers to cutting off old ideas and making way for change. For this work, which is a symbol of women's struggle, Lemos says he also pays tribute to the recently deceased American Chief Justice Ruth Bader Ginsberg.

The philanthropic Droom en Daad Foundation aims to make Rotterdam more attractive by investing in the city's cultural landscape. She is now doing this for the first time with a donation to the city of a work of art in public space. BKOR acted as advisor and trustee in this process. Dream and Deed: “The braid by Kalliopi Lemos makes a valuable contribution to Rotterdam's international sculpture collection. The braid is a wonderful start to breathe new life into and further enrich this Rotterdam collection. ”

Kalliopi Lemos' braid is part of Sculpture International Rotterdam (SIR). A collection of international sculptures in which this statue is given a place alongside works by Alexander Calder, Henry Moore, Charlotte van Pallandt and Ossip Zadkine, among others.