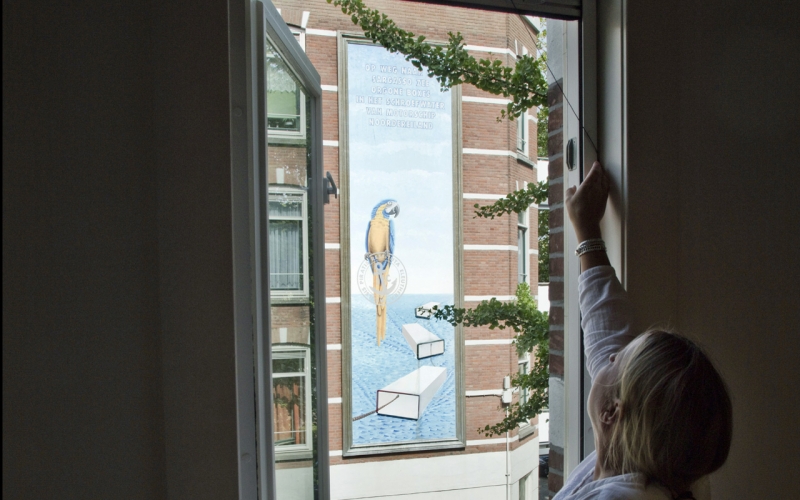 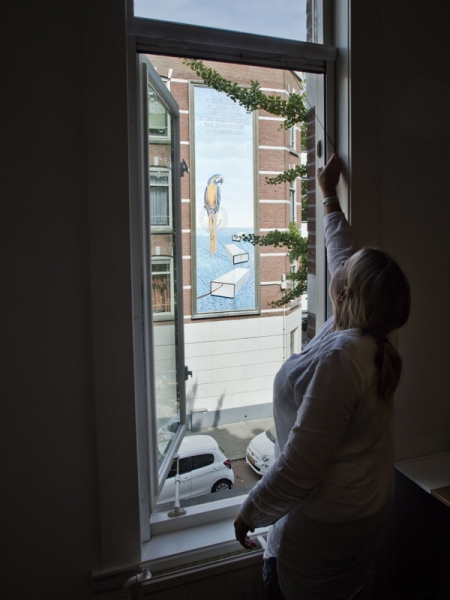 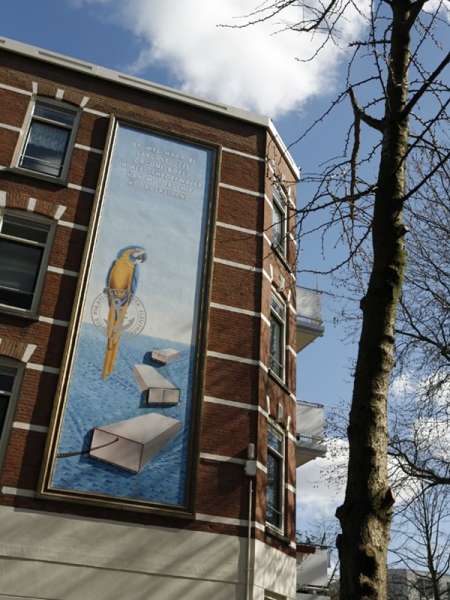 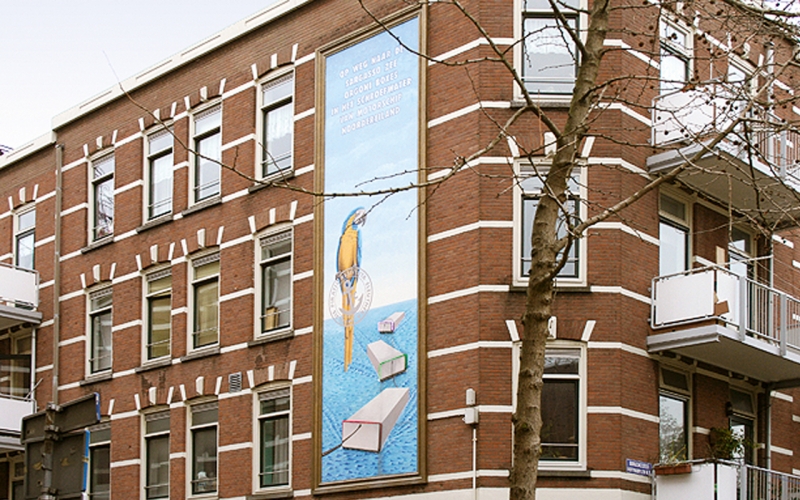 This painting is called Orgon, orgon, orgon and was painted in 1995 by artist Joe Cillen. At the top is the text 'On the way to the Sargasso sea / Orgone boxes in the propeller water / Van Motorschip Noordereiland'. Orgon energy is an idea conceived by visionary Wilhelm Reich around 1930. The idea is that there is a universal life force at the base of existence. Joe Cillen owns an Orgon accumulator and also makes it himself in smaller sizes. A yellow-blue parrot sits on a stamp with an anchor and the text 'impulsis piratis restituta eleuthera', which means 'through piracy we restore freedom'. Like all his other works of art on the Noordereiland, this work also fits in Cillen's extensive project Motor ship Noordereiland.

Joe Cillen (Paal, 1945) is a former skipper and conceptual artist, who expresses himself through both installations and painting. He has been working on the 'MS Noordereiland' plan since around 2000, in which he sees the Noordereiland as a large motor vessel.